ARE OIL-FIRED COMBI BOILERS A COMPROMISE?

OIL-FIRED COMBI BOILERS PERHAPS A BIT TOO MUCH OF A COMPROMISE!

Designed in the 1970s with few technical advances since: are they really suitable for ‘modern day’ hot water supply requirements?

– Oil fired combis have fixed rate burners: they cope with additional heating demand in two ways:
a. An integral ‘heat store’ makes them physically big – often twice the size of a conventional heat-only boiler.
b. A larger boiler input (kWatts) than is actually required to satisfy central heating demand: typically a 30kW boiler where a 20kW heat-only boiler would suffice. It’s like running a Jaguar V12 when a Nissan Micra would do the job and be far more efficient!

– Temperature rise will fall after the integral ‘heat-store’ in the boiler is exhausted.

– Temperature rise will be lower during winter months when the ‘mains in’ water temperature drops below the norm of say 10°C degrees.

– Showers, again temperature and flow rates will change when other taps in the system are opened.

– Hot water is produced via a small plate heat exchanger. These get scaled-up just like a kettle and often need replacing.

– A mechanical water softener is essential. They take up space. Magnetic / electric in-line scale reducers are available but there is no scientific evidence to prove they work. 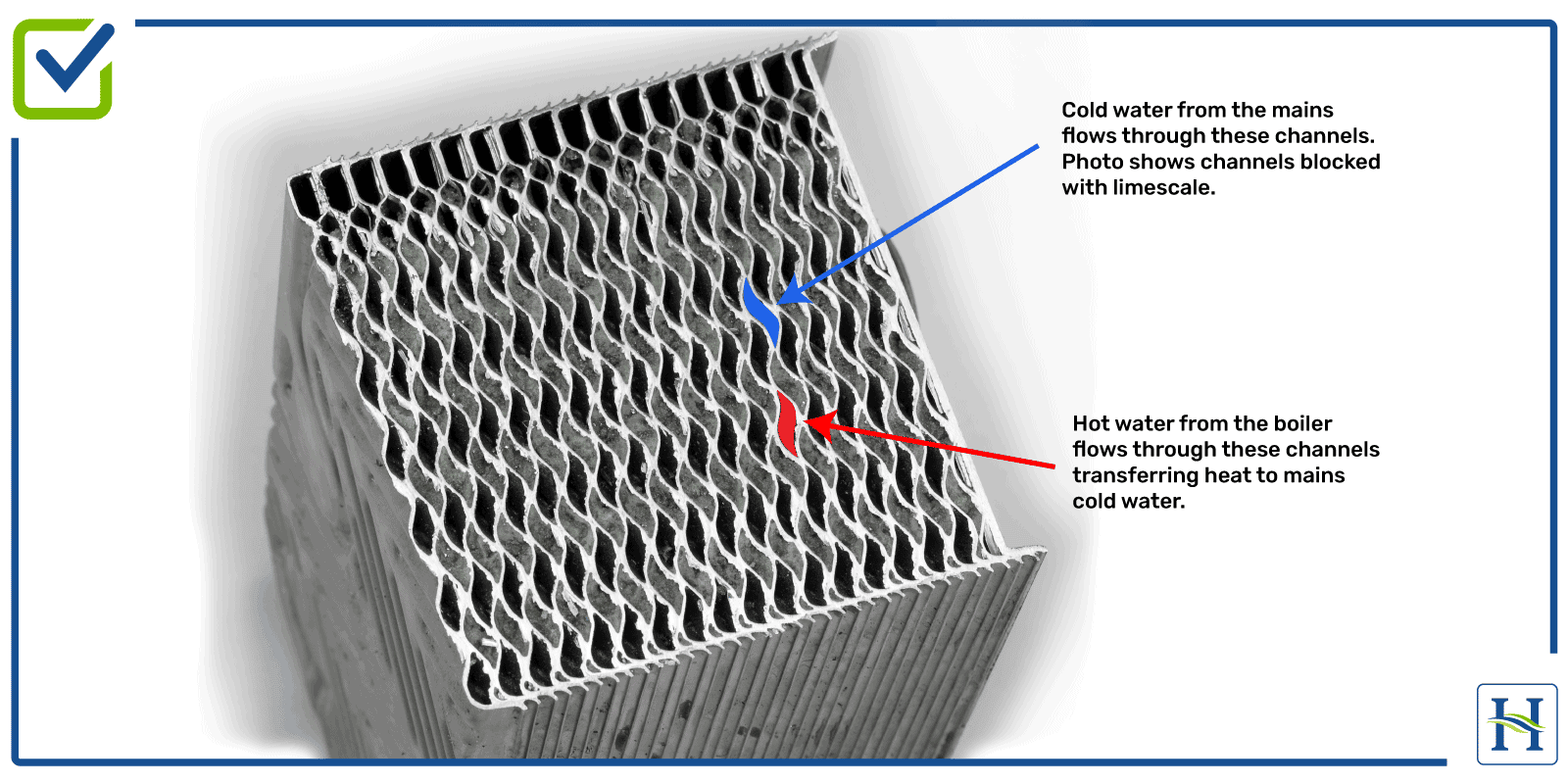 – If the boiler fails, for example if you run out of fuel, there’s no back up for hot water, as there would be with a conventional hot water cylinder with an immersion heater, this alone can lead to expensive emergency engineer call-outs.

– Combi boilers are complex and have bespoke components: they are more expensive to maintain than a conventional system which uses industry standard components.

So what’s the answer?

Keep it simple! A heat-only boiler with even a small 60ltr pressurised hot water cylinder will provide nearly twice the hot water storage of a combi boiler.

There’s no need for an airing cupboard and at just 475mm x 600mm a 60 litre cylinder would work along side our Kitchen, External or Wall Mounted Boiler Models: a similar foot print to a combi boiler, a far better solution!

Pressurised cylinders such as the Megaflow or Stelflow will provide many years maintenance free service.

Find out more about the Hounsfield Boilers’ range

GET A QUOTE FREE INFORMATION PACK

Are oil-fired combi boilers a compromise?

No need for a dearator / Tigerloop 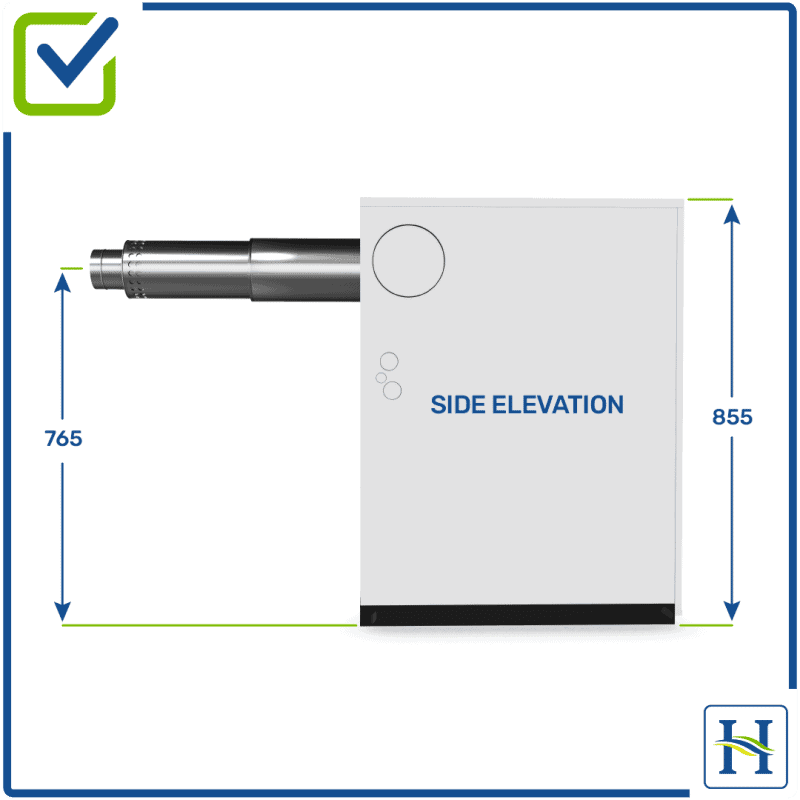 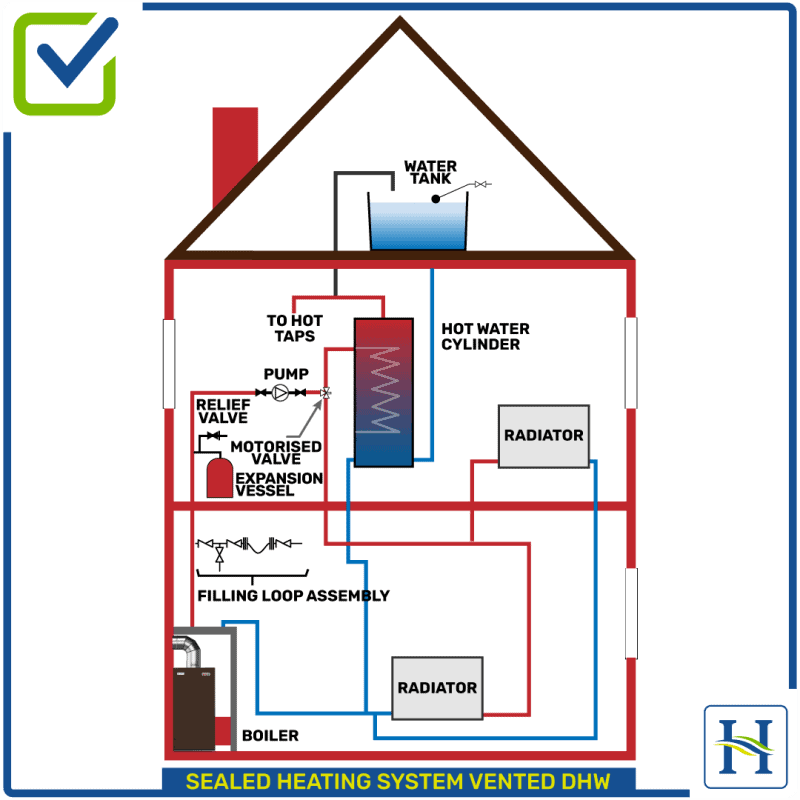 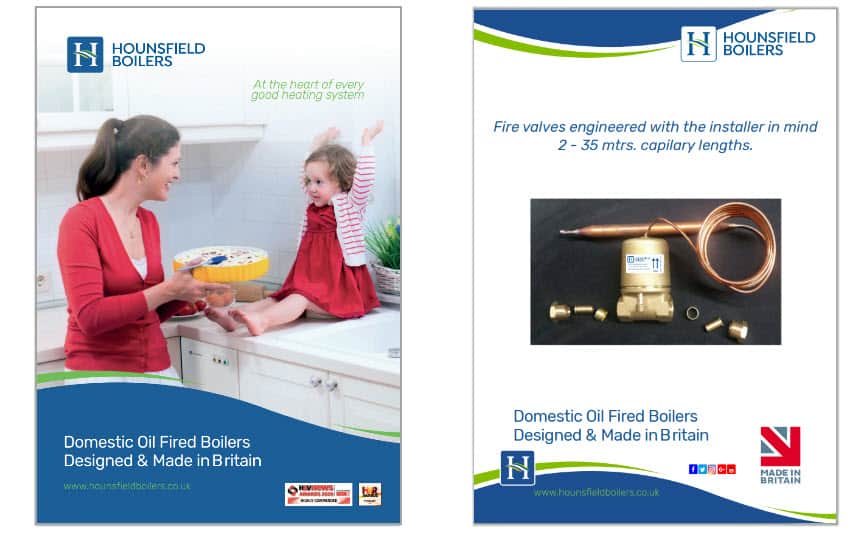 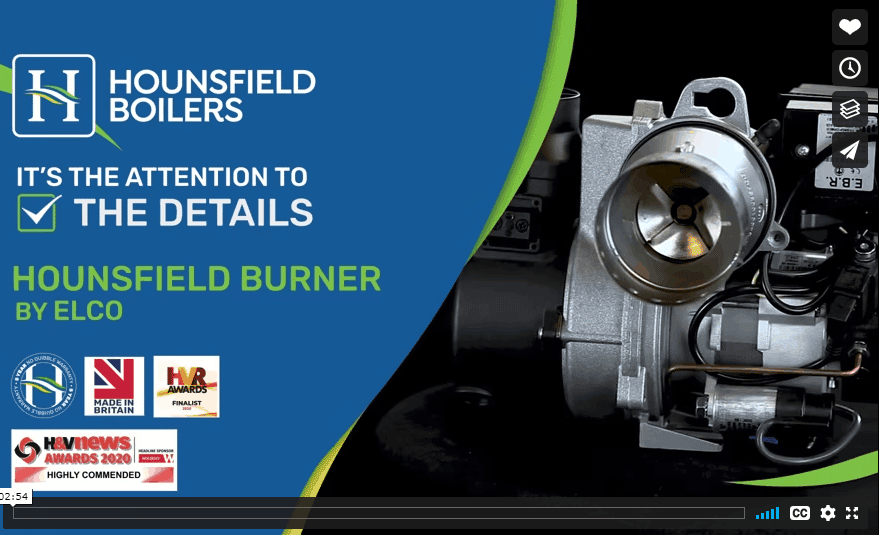